CHRISTIAN SMITH & JUSTIN BARTKUS:  "From Generation to Generation: How American Catholic Parents Today Approach Passing on the Faith to their Children" 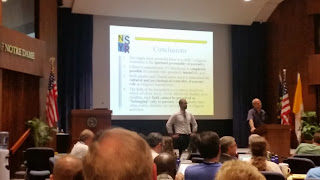 Parents are the biggest influence on American teenagers. The predicted religiosity of young adults can be identified by age 15. Parents who attend religious services regularly have teens whose religiosity is stable- high. Other factors don't have quite as much effect. The most powerful factor is parents who talk about faith at home.

The household is a culture in miniature a meaning-making project. It is fundamental to children's existential initiation. It is permeable to other cultures - sports, faith, etc.

Children must perceive intrinsic value to religious commitment. They easily see inauthenticity when they see gaps in modeling or elevation of other priorities.

Parents are "arch-celebrities" in their household by power of personality practices and way of being - they model & generate culture of household. they are the dominant influence.

Many Catholic parents outsource religion to the parish program.

Interview with mother of 3 teens who is personally devoted to faith.. has the intention to transmit, but her religiosity is thin. So sends them to religious ed.

Any household that intends to transmit faith has to have

Key question is there gap between motive and commitment?

When parents reflect on their motive there is coherence
Frequent, repetitive and participatory

Institutions and programs are secondary to parental modeling.
Failure is not because of bad programming but failure of parental modeling
Effective households reflect inter penetration of church & home
Religious content is not in itself enough


Spiritual personality of parents is single most powerful force. Possible only if they intend transmission

Parents and churches both need to understand centrality of parental role. Faith cannot be seen as belonging only to parents.Parents are Gatekeepers, Sponsors, Interpreters of Catholicism to their children

Q & A
Who is the carrier of Catholic faith now? The old carriers in our culture don't carry any more. The challenge is for parent and churches to be reflexive now.


NEXT NOTES: 2 - "Digital Media and the Liturgical Capacity of the Christian"

Email ThisBlogThis!Share to TwitterShare to FacebookShare to Pinterest
Labels: Parents

Promote Your Page Too

Conversion. Heart of our worship. 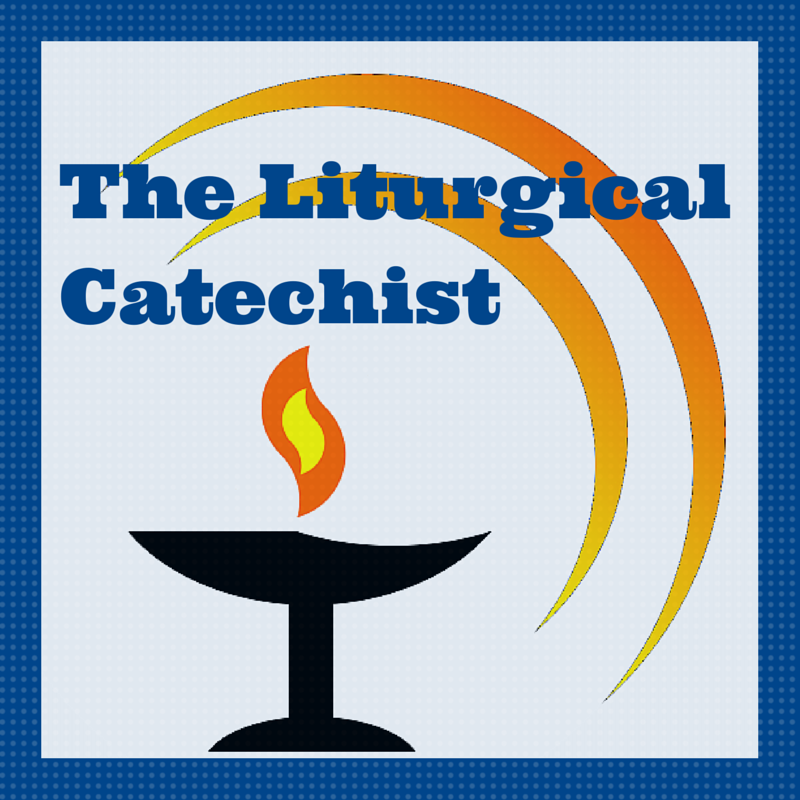 "The Sacred Liturgy does not exhaust the entire activity of the Church. Before men can come to the Liturgy they must be called to faith and to conversion..." (Sacrosanctum Concilium 8) "Liturgical Catechesis" is what we learn in preparing, celebrating and reflecting on the liturgy, the culture of those who celebrate, and implications for life.

jdonliturgy
Joliet, Illinois, United States
Welcome! This is a place where you might find something a little liturgical, a little catechetical, or both. I also am fascinated by the cultural implications of both. As Catechetical Associate in the Diocese of Joliet Religious Education Office, I support and resource leaders for Child, Intergenerational and Adult Catechesis, as well as Liturgical Catechesis, Catechumenate Formation, Special Needs, and more. I am the author of "From Mass to Mission" for children (from Liturgy Training Publications) and had the privilege of writing a column for "Ministry & Liturgy" magazine for its final year of publication. Yes, I was an English major and it sometimes will show! I have an MA in English and a Masters in Pastoral Studies (Emphasis in Liturgy). I have served in diocesan and parish ministry since 1987 and volunteer in my parish in music, liturgy. RCIA and catechesis.